by The Late Show 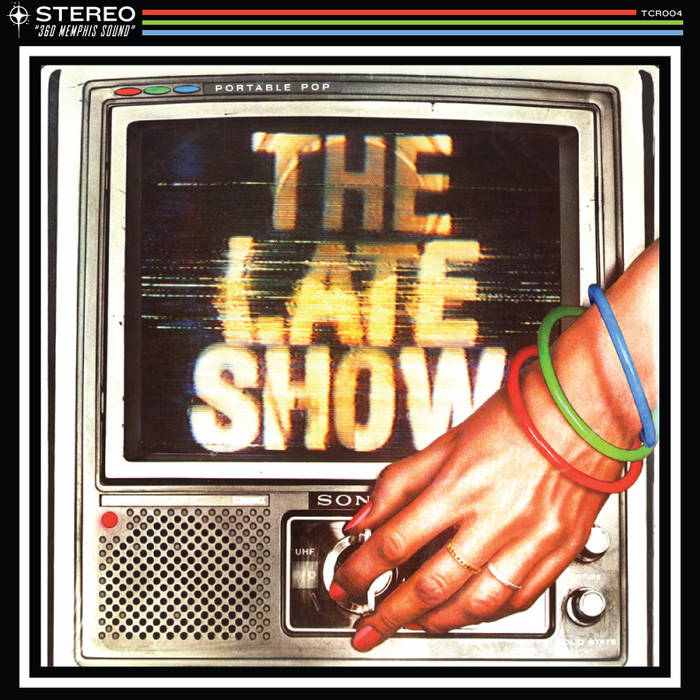 Dachs Great power pop from what many consider the golden era of the genre: the late 70's and early 80's. Bright melodies that are sugar-coated with good vocals and tight, competent musicians-- and quality production that doesn't "over gloss" any of the songs the album contains. Favorite track: Judy.

Jackie's Fridge Such awesomeness. The Beatles influence is a bit heavy for my taste, but doesn't run through most of the album. I really hope their unreleased second album sees the light of day soon! Favorite track: Stop (Alternate Version 1979).

Trashy Creature Records will be releasing a new vinyl pressing of "Portable Pop" in 2020 to celebrate the 40th anniversary of it’s release.”

With a move to New York City in 1974 the Late Show caught the attention of producer Jack Douglas (John Lennon, Aerosmith, Cheap Trick, Artful Dodger, New York Dolls, The Knack). After a series of recordings with Douglas at the Record Plant, and major label offers from CBS, Epic, Windfall, and Don Kirshner’s Record label, all of which Douglas and or the band turned down expecting a bigger deal to be around the corner, Kimberlin left the band.

By late 1979, guitarist Rick Clayton came on board as a second guitarist and Chris Pyle joined replacing Mark Cutsinger on drums.

In early 1980 the band entered Soundsmith Studios in Indianapolis with producer Greg Riker and engineer producer Mike Petrucci to record their first record, “Portable Pop”. The band had trouble getting the sound they wanted in the studio. Lead singer Don Main recalled, “Don’t get me wrong, it was a nice studio, it was just too sterile sounding. So we literally set up in the loading dock area of the studio with monitors and recorded the entire album live.”“Portable Pop”, released in 1980 on Rave Records, was the only official release by The Late Show, and was only available at the time on vinyl. The record had been out of print since the early 80′s until the Trashy Creatures Records reissue in 2012. A new remastered version is being released on vinyl in 2020 for the albums 40th anniversary.

The band recorded their second record in Memphis, Tn with producer John Hampton (The Raconteurs, White Strips, Alex Chilton, The Cramps, The Replacements, Gin Blossoms) in 1983. The record entitled, The Late Show “Recordio in Stereo”, was shelved just weeks before it’s independent release by the bands lawyer, who assured them a contract with Atlantic Records was a done deal. As it it turned out the deal fell through and the record has remained unreleased since 1983. It will finally see the light of day with bonus tracks in 2020 on Trashy Creatures Records.

Between 1986 and 1988, the band recorded demos In Los Angeles and their hometown of Indianapolis with producer Ian Ritchie (Roger Waters, Godley & Creme, Gary Numan, The Beach Boys, Dead Or Alive, Howard Jones, Laurie Anderson). Atlantic Records was responsible for paring producer Ritchie with the band but once again a deal with the label failed to materialize.

The “Portable Pop” reissue was produced for Trashy Creatures Records by Greg Roberson (Tiger High, Reigning Sound, Arthur Lee’s Love, The Trashed Romeos). It is available on Cd, Digital Download, and as a High Quality Cassette. The CD features the original 12 song LP plus 4 previously unreleased studio bonus tracks recorded just prior to “Portable Pop”. The cassette reissue contains the original 12 song LP plus an entire 10 song live concert from 1980 as bonus tracks.

In 2020 the band will be releasing not only the unreleased 1983 album "Recordio In Stereo", but plan a series of reissues and another new album of all original material from the classic Late Show Line-up.

Produced by: Greg Riker and Mike “Tooch” Petrucci
Engineered by: “Tooch” at Soundsmith Studios in Indianapolis
Mastered by: Gregory Bogantz
Art and Design by: Bill Brunt for Private Eye Studio

Produced by: The Late Show
Engineered by: Greg Galloway at Neon Cornfield
December 12, 1978

Bandcamp Daily  your guide to the world of Bandcamp

Featuring Oakland sounds from the Smart Bomb collective and Samplelov.